Exactly 10 years ago, on 29.01.2011 at 22:38, one of the most serious train collisions Germany has ever seen occurred near Hordorf in Saxony-Anhalt. In a foggy night, the locomotive driver of a freight train had overlooked the fact that pre-signal and main signal were both on “red” and collided head-on with an oncoming passenger train. Unfortunately, in addition to considerable property damage, there were also personal injuries: ten people were fatally injured, including the driver of the passenger train and a train attendant. Twenty-three people were injured, some of them seriously, including the driver of the freight train. 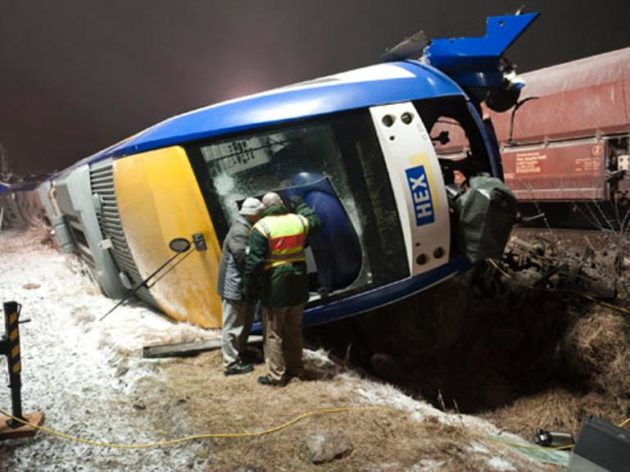 The investigation report prepared by the Federal Railway Accident Investigation Bureau (German only) concludes after extensive investigations into this regrettable event that with technical safety systems in place — not present on the line at Hordorf nor the rolling stock used — “the effect of human error with regard to inadmissible passing of signals showing stop can be reduced to near zero”.

The aforementioned investigation report concludes with two recommendations. Firstly, the report recommends “retrofitting all lines with train control systems that can automatically bring a train to a stop if it passes a signal that indicates a stop inadmissibly, and on main lines also automatically prevent an inadmissible approach against signals that indicate a stop”. This was implemented in Germany with the so-called “PZB gap closure program”. However, it was also clear to the experts behind the investigation report after the collision in Hordorf that this measure is not sufficient, which is unfortunately proven by numerous events such as the serious train collision near Bad Aibling in 2016 despite an existing PZB installation. Therefore, they issued as a second safety recommendation that “additional measures be taken that are suitable in each individual case to reduce the probability of occurrence and/or the extent of damage in the event of an impermissible passing of the signal showing stop.” And it is precisely this requirement that the TrainCAS collision warning system from Intelligence on Wheels implements.

Thus it is certainly no coincidence that HSB, an operator in the area of responsibility of the same authority that is also responsible for Hordorf, was the first to be equipped with the innovative yet very cost efficient TrainCAS system.