European Rail Award for Excellence in Safety and Security 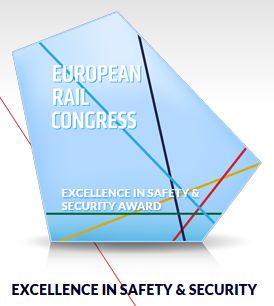 at an impressive ceremony in front of over 600 representatives of the European rail industry. Have a look at the video! We are proud that we have convinced the award panel which was chaired by Mr Brian Simpson MEP, chairman of the European Parliament’s Transport and Tourism Committee, and included Mr Siim Kallas, vice-president of the European Commission and European transport commissioner, as well as Mr Matthias Ruete, Director-General of DG MOVE. 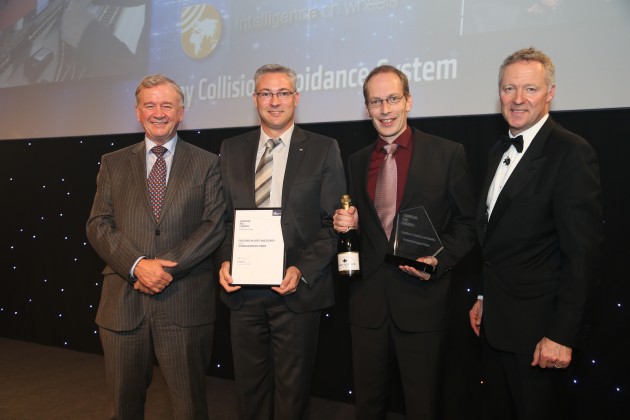 The awards were presented by Terry Morgan, Chairman of Crossrail (left), together with UK comedian and TV personality Rory Bremner (right) to Thomas Strang and Andreas Lehner (middle) at the Westminster Park Plaza Hotel in London.

We are grateful for all the support we received in the background from all our partners to get that far, here in particular the German Aerospace Center (DLR).